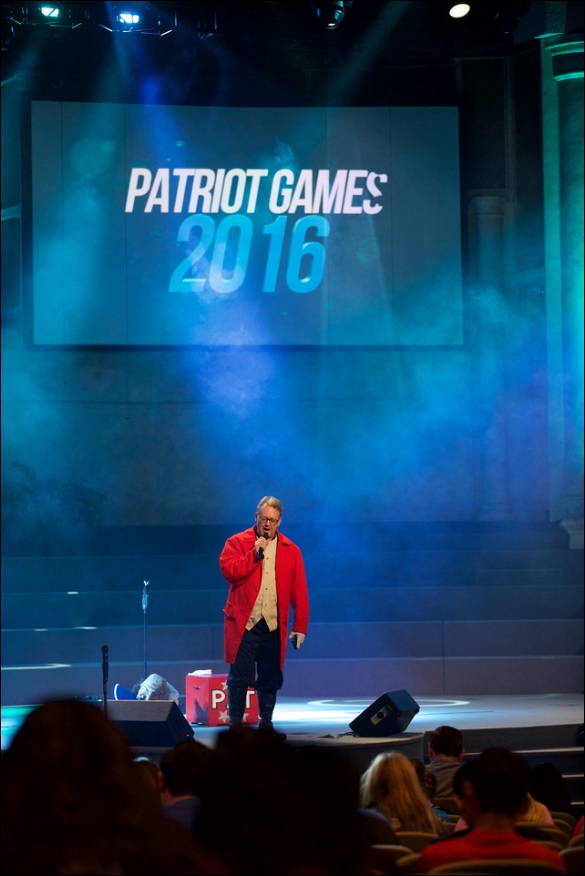 Mr. Pat McCarty is the new superintendent, who followed God’s calling and moved to San Diego to work in administration for Christian Unified Schools. He has had an amazing life and continues to astonish many with his passion for Christ and the humility he has has for others.

Because his dad was in the military when he was a kid, Mr. McCarty moved to six different states before moving to Virginia to stay with his family. He has lived in Indiana, Texas, Oklahoma, South Carolina, Maryland and stayed in Ohio for all four years of high school, and even met his wife there. He also had a very wide span of jobs, including teaching artillery in the military. He then transitioned to the restaurant industry, medical industry, public industry, and finance industry. In the field of education, he was a teacher for four years and was in administration for three years before moving here.

One of the most difficult parts of his move here is the distance from friends and family. Mr. McCarty says “It’s hard to be across the country from them, but I trust God because he knows I was supposed to move here.” He also said that God really motivated him to move here, and when he asked for one final sign, he discovered that the writer of his science book, Marvin L. Lubenow, lived here in San Diego. After this, he knew he was supposed to come.

His passions include anything outdoorsy: camping, hiking and even skydiving. He is an excellent mountaineer, and has hiked over 40 mountains. He is also very passionate for his students; everything he does is for the benefit of the students. It was hard for him to leave teaching in a classroom because he is so connected with the students, but he knew he was supposed to obey God and move to become part of Christian High.

His goal for this year is that students and staff would be more on fire for the Lord. Ecclesiastes 9:10 says, “Whatever your hand finds to do, do it with all your might.” The Lord expects His children to be whole-hearted, willing workers who are filled with an impassioned desire to please and serve Him.

Mr. McCarty is an amazing Christian man with a very unique background and an even brighter future. He has such a great love for the students and families of Christian Unified and truly lives out the verse, 1 Peter 4:10: “Each of you should use whatever gift you have received to serve others, as faithful stewards of God’s grace in its various forms.”